A map of City Campus is shown below... 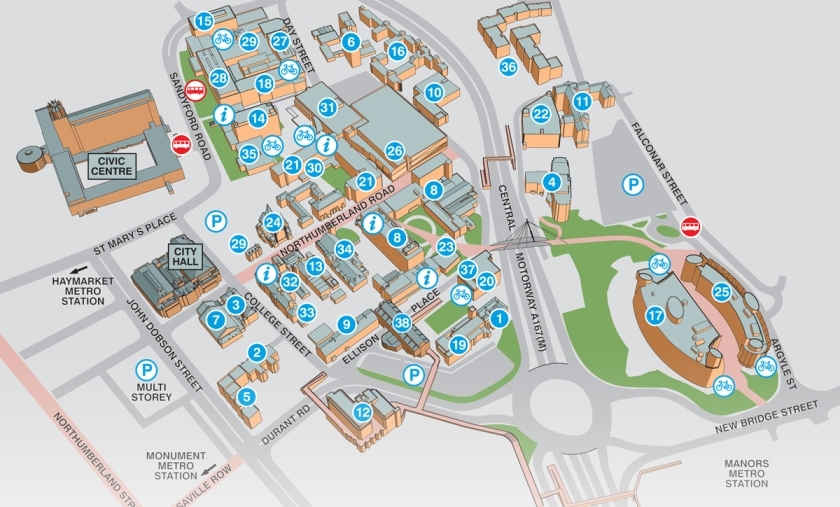 Previous visitors to Newcastle upon Tyne may be familiar with the pedestrianised shopping street Northumberland Street which is shown in pink on the bottom left hand corner of the map. Haymarket Metro station is at the top of the street and Monument Metro station is at the bottom of the street - this is the station you should use if you are staying at our bed and breakfast accommodation whilst visiting Northumbria University as it is a direct line to South Shields Metro station with no changes, journey time is approximately twenty minutes.

If you're thinking of studying at Northumbria University then these two videos may be of interest...

Our bed and breakfast accommodation is twenty minutes by car and/or public transport from Newcastle upon Tyne city centre and Northumbria University's city campus. If you're looking for hotel accommodation whilst visiting the University of Northumbria room information and photographs can be found on our bedrooms page. Room availability and prices can be found on our online booking page.